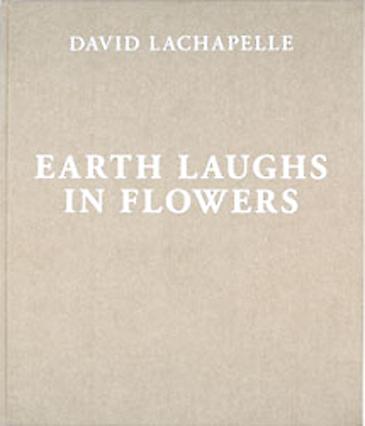 Excerpt from the critical essay, “Staged Opulence” by Veit Görner:

It might seem strange that, as an institution dedicated to international contemporary art, the kestnergesellschaft is presenting floral still-lifes and depictions of Christ at the beginning of the year 2011. This is not necessarily what the international art of the present, not to speak of its discourse-oriented sector, is primarily interested in. Those eyebrows raised in skepticism, however, quickly relax when these reproaches concerning a choice of theme turn out to be directed towards David LaChapelle. The horizon of expectations is once again brought into balance. For initially prejudiced critics as well as for admirers of this artist, the world seems to have been restored to order. […]

We feel honored to be able to present at the kestnergesellschaft two series of works by David LaChapelle: Jesus is My Homeboy and Earth Laughs in Flowers. The ten-part still-life series Earth Laughs in Flowers is having its world premiere here. In both series, the artist alludes to historical pictorial traditions: on the one hand to the depictions of Christ, and on the other to Baroque concepts of vanitas. This remarkable development is not without significance, for up to now LaChapelle has been considered to be a master of pictorial genres by the Old Masters which we are able to present parallels in a cabinet.

Our heartfelt thanks go to David LaChapelle for having given us the privilege of presenting his more recent series of photographs in our house. Likewise, I thank him for his generous edition conceived for our members.