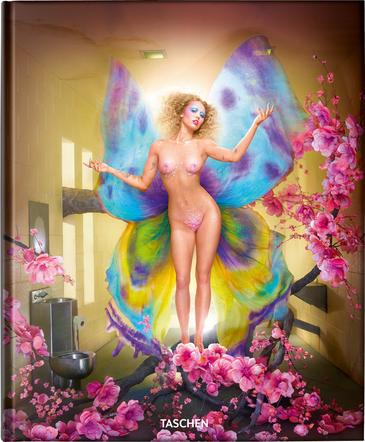 
TASCHEN is proud to announce Lost and Found and Good News, the long awaited latest and final publications from artist David LaChapelle.

Lost and Found and Good News are the fourth and fifth installments of LaChapelle’s five-book anthology, which began with LaChapelle Land (1996), continued with Hotel LaChapelle (1999) and left off with Heaven to Hell (2006).

Lost and Found is a 278-page visual recording of the of the time we live in, and the issues we face, expressed through David LaChapelle's unique and distinctive vision.

Featuring a monumental curation of images which have never before been published in book form, Lost and Found chronicles LaChapelle's emancipation from editorial photography, and his passionate return to fine art.

This fourth volume also introduces a decade of unseen work from LaChapelle's creative renaissance, where he offers a bridge into paradise and the sublime, leading viewers into Good News.