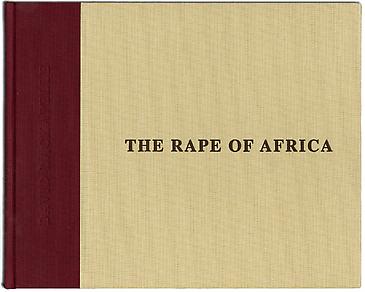 The Rape of Africa

Excerpt from the critical essay, “Fantasy and Truth” by Colin Wiggins:

Fantasy – crazy and brash, bright, loud and glamorous. David LaChapelle’s photographs have an instantly recognizable look to them. His pictures evoke a world of excess and exuberance, populated by beautiful people who are flawless and immaculate. When we look into his compositions, we find ourselves adrift in an ocean of fantasy. David LaChapelle searches for beauty. He is enraptured by it, obsessed with it. He is captivated by the beauty of the human body in much the same way as those Italian painters and sculptors of the Renaissance who took such delight in representing the body. They allowed the light to shine in and illuminate the naked human form after centuries of religious prudery had kept it in the darkness. […]

Back in the real world, regular news reports of the child soldiers of Africa horrify us. We read stories of kidnappings, sometimes of dozens of children at a time. They are drugged and then forced to murder and mutilate. We learn of endless and ancient conflicts that have no meaning or purpose. These conflicts are fuelled by weapons that flood in from countries that consider themselves civilized and advanced. We shudder for the victims and then we put them out of our minds and turn back to the gossip pages. It is just so easy to fall into the belief that Africa, the Dark Continent, is incurable. In David LaChapelle’s response to Botticelli’s painting there are three little black boys. Two of them are playing with huge guns, grim weapons of war, the weapons of Mars, as if they are fashion accessories. To these little lads, the weapons are toys to have fun with, like the tiny trucks in the background that are placed in an arid landscape. These little toy trucks echo the huge mechanical earth-mover that appears to emerge menacingly from the direction of Mars’ groin. Look and think carefully because everything has a meaning. The jib of the crane seems to carve out a kind of negative pyramid. The pyramids are a great African monument that are here nowhere in sight. Instead there is emptiness